The forerunner of the company is the family winery, which was founded by enologist dr. se. Leo Gracin together with his father, Anton, in 2000. In 2006, Ivan Ratković and Lado Skorin joined as partners, with whom a new winery was founded under the name Suha Punta. In 2006, the first Babić was released, and its quality earned it a position at the very top straight away. Aside from being convincingly the best Babić on the market, it joined the ranks among some of Croatia’s best red wines.

The person responsible for the authentic and long-running affirmation of this top indigenous Croatian variety is certainly Leo Gracin. Babić is an excellent variety which, in the right hands, is clearly capable of reaching a level of quality unreachable by others and reserved for varieties such as Syrah from the Rhone valley or Merlot from St. Emilion. The Gracin winery has shown that Babić is a variety that can, from the frugal karst of Primošten, give birth to a wine rival to those of the world’s most prestigious varieties.

Babić is a variety that makes 99 percent of assortments of the Primošten wine district and it has held this domination from the very beginnings of winemaking in this area. The wine district is situated in northern Dalmatia, 25 kilometers east of Šibenik and 60 kilometers west of south of Split. The terroir of this wine district is best pictured with rock, sun, sea, wind, and the name Suha Punta, as is the nickname of the area due to very little precipitation during vegetation.

The total area of the vineyard in this wine region is about 50 hectares. A picture of the most well-known position of Bucavac was once displayed in the building of the United Nations as a tribute to human labor. The characteristic vineyards, best described as a stone lace, within which grapevines grow, are the trademark symbol of this wine district.

The density of plantation amounts to between three and six thousand vines per hectares, depending on the composition of the ground, or better said, the amount of rock in it. The shape of cultivation is an unarmed goblet with two to three rezniks, each with two buds. This shape gives 4-7 grape clusters, though a part of the crop is regularly lost following strong winds in June.

The Gracin winery cultivates Babić at two positions in Primošten. One is the aforementioned Bucavac, with two vineyards of about 1.3 hectares in total, and the other is Sljinovac with 3 hectares of vineyards. The majority of the grapes are bought from Primošten vinedressers, most of which are up to 50 years old. 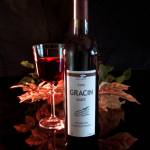 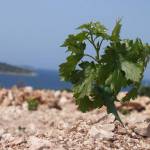 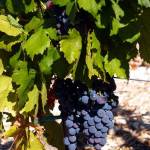 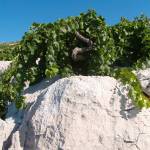 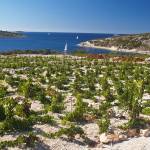 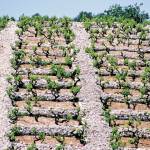 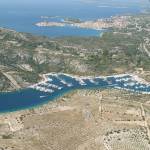